When I mentioned to people I was going to be staying in Alice Springs for ten days, the initial response was, “There’s nothing to do there.”

I had booked a two month rail pass with Great Southern Rail back in April, with which I traveled from Melbourne to Adelaide, and Adelaide to Perth. The Ghan, the service that travels from Darwin to Alice Springs only arrives once a week in Alice on Wednesdays. But the tour I had booked in was leaving on Wednesday at 6 am. So I had to travel the week prior. No big deal, I thought, I’ll just chill out in Alice for a week and catch up on my blog (hah!)

But then everyone I met that had previously traveled to Alice told me a week was way too much time. Even people I met on the train down from Darwin were giving me a hard time that I was going to be there for so long. Most people on the train were staying one night in Alice, maybe two. A lot of the people were only staying a couple of hours. By the time I checked into my hostel and realized that you can walk around the whole town in about 15 minutes, I was already looking online for a possible ride to get out of Alice as soon as my tour returned. And this was all on Day One.

But then I ended up loving Alice Springs. 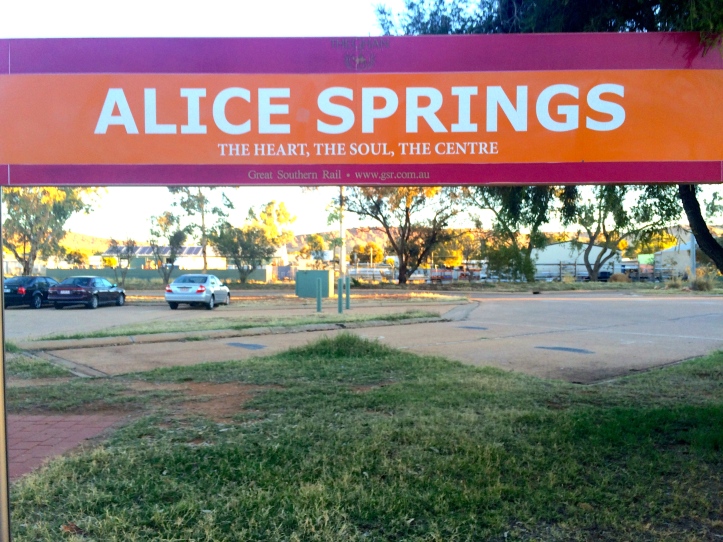 It may seem like there’s not much to do there, especially as it’s visited mainly as the jumping off point to Uluru and King’s Canyon. But there’s actually a lot to do. I visited the Desert Park, which is possibly the best ‘zoo’ I’ve been to (it’s not really a zoo). It’s managed by the Parks & Wildlife Department and showcases all the animals you find in the Outback; dingoes, thorny devils, malas, bilbies, birds of prey, etc.

I went on a day trip out to the West MacDonnell ranges, home to the Larapinta Trail and various gorges and stunning lookouts. 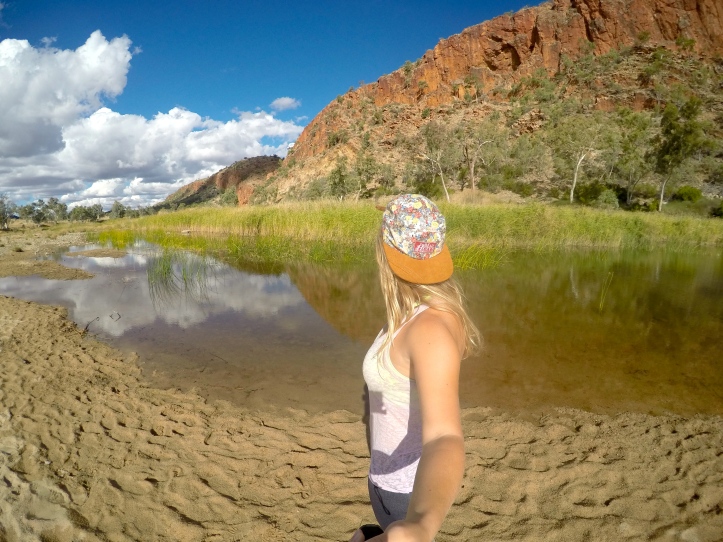 I did an art workshop with an aboriginal artist at a local art gallery. Alice Springs is actually abound with art galleries, mostly selling aboriginal art. The artist I did the workshop with, Fabrienne, taught me about symbology and told me about aboriginal culture while I painted my own piece. She was a bit cheeky and got a bit off topic by gossiping about the gallery owners. 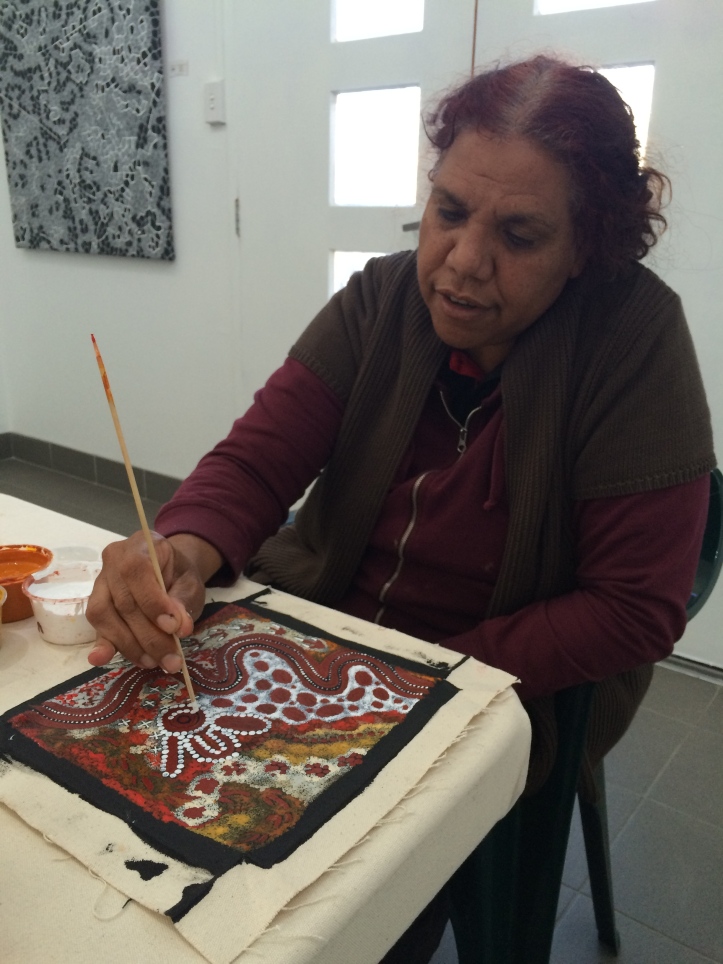 I went hiking up Mount Gillen, which looks out over Alice. I biked out to Telegraph Station, which used to relay messages between Darwin and Adelaide.

The number one reason I liked Alice so much though was because of where I stayed and the people I met. I stayed at Alice’s Secret Traveller’s Inn. At first look it’s a bit goofy with funky decorations, but even after just ten days I started thinking of it as home. It’s owned by a laid back German guy named Seb. I met two English girls, Kiera and Betty and a Scottish guy named Jonathan, who are mostly who I hung out with while there. A lot of the people staying there are long termers who are working in Alice. And of course there were some weirdy’s in there that just made the place more entertaining (Stephen).

The hostel has a big backyard with lots of hammocks to chill in, a bbq area, a pool that nobody in their right mind went into because it was too cold (cough Scot), a spacious kitchen and a TV room with lots of comfy chairs. There’s a couple cats that wander around the premises. 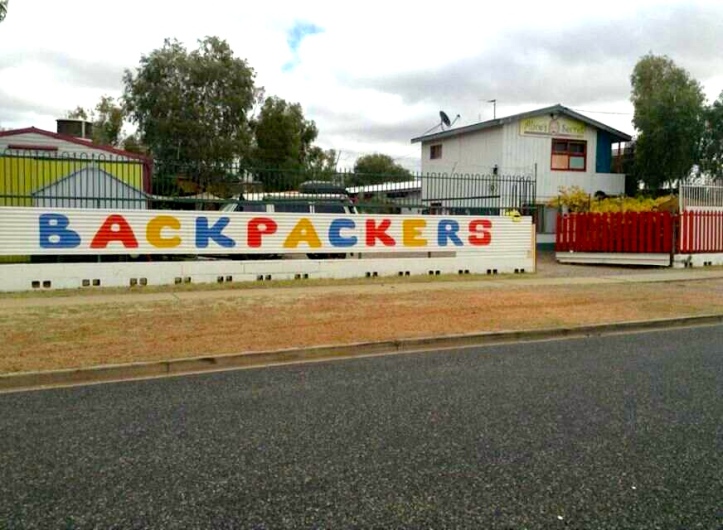 Some nights we would just chill, other nights we’d go out. One night there was a barbecue for one of the long termers who was leaving. It just happened to coincide with my last night so I pretended it was for me. One thing led to another and on my last night there may have been an actual catfight. It involved cats running in and out of the room, water being thrown, munched up chips sprayed on each other’s beds, sweaters being thrown in bushes. It was an eventful way to leave Alice.

I left on Monday and took the train back up to Darwin. I didn’t actually spend any time up here after my roadtrip so I figured I’d come back to check it out. It’s no Alice Springs, but then again I’m not spending ten days here.

So anyone traveling to Alice Springs, don’t be afraid to stay longer than two nights. And if you’re looking for a good hostel, stay at Alice’s Secret!