Getting off the ice

It’s been a hot minute since I last posted! A lot has happened in the past six months. Last time I posted was about my last couple weeks in Antarctica.

At the end of my four month contract I was extremely ready to leave. I was so ready to be done that I wasn’t sure if I even wanted to return for another season- it wasn’t anywhere on my radar (which is funny to me writing this six months later as I get ready to head back down for six months). I was too focused on getting back to a continent that had trees.

I experienced a range of emotions in the last month. I had times where I felt homesick, but it was a different kind of homesick. Like a I-just-want-to-be-anywhere-but-here-right-now kind of homesick. Homesick for choices of what to eat and places to go. We were limited to eating what the kitchen cooked and sticking to designated roads and trails that didn’t venture further than about 10 miles away from the station.

Being on station could be suffocating at times – you had to really make an effort to not be around people. This was made difficult because there were people everywhere. In the dining area… people; in the gym… people; in the lounges… people; at the computers… people; in your room… people. You get the idea.

Don’t get me wrong – one of my favorite parts about Antarctica was the community and the people that comprised said community, but at the end of four months, I was ready to be done. 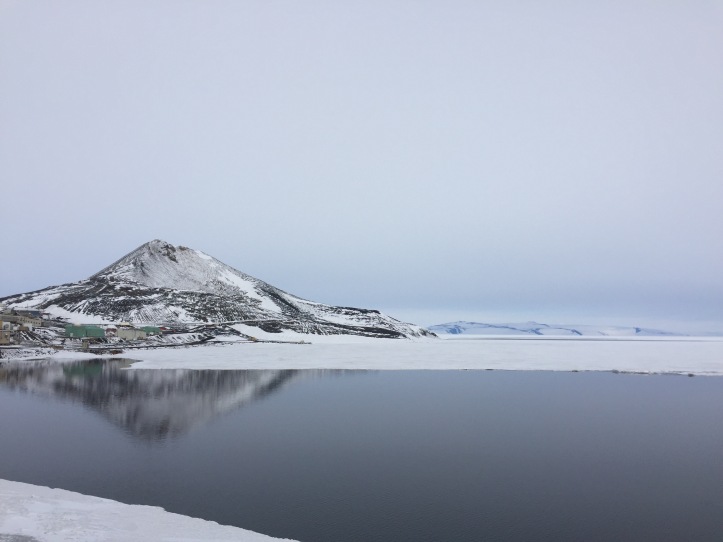 I was pretty excited to get back to New Zealand. I was scheduled on one of the last flights of the main season (mainbody), which I thought would be fun to see everyone leave and see the population dwindle a bit before I left. However, I quickly realized I was not a fan of this. As my friends started trickling out on their flights, the station slowly became lonelier and I wished I was leaving on an earlier flight. As the days went by and more people left, I got more and more anxious to leave. I was trying to focus on still having a good time but it was almost impossible. Both of my roommates, Heather & Jaime, left before I did and my room became an empty box. My friend Lizzy and I decided to have a sleepover in my room the last couple nights, so we pulled the mattresses onto the floor and watched movies.

The day we were scheduled to leave, I I woke up to the tv monitor telling me we were going to be delayed 24 hours. I was crushed. In the grand scheme of things, 24 hours was not a long time but it felt like an eternity. Thankfully our flight was only delayed by one day; the group after us ended up getting delayed by four days.

I still wouldn’t let myself get too excited about leaving until we were already down at the airfield and I could see the plane in the sky with my own eyes. I think I started jumping around and screaming in excitement. We were loaded very quickly and were soon on our way back to New Zealand. Those of us in the back were delirious with excitement and got strange looks from the crew when the cargo door opened in Christchurch. We were excited by the most ordinary things: “Look, pavement! There’s cars!! TREEEEESSS!!!!!”
It was such a rush to be back in civilization.

Lizzy and I decided to rent an Airbnb with some friends in Wanaka, so the day after getting in we drove four hours in a rental car with our friend Brad. Our friends Christina and Tate joined us for two nights, and two more friends- Derrel and Ted – joined us for another two. We did nothing noteworthy besides watch a lot of Netflix, go to a winery near the lake and freak out when we passed a huge grassy park that we had to roll around in. It felt so nice to just decompress and hang out.
We could have easily just stayed closer to Christchurch and rented an Airbnb there since we barely explored Wanaka, but it was nice just to get away. We did go see Black Panther in the movie theater which was unique because they had couches and lazyboy chairs instead of regular movie seats. And they stopped the movie half way through for intermission and to lure us over to buy $4 freshly baked cookies.

After four days of doing practically nothing we all headed back to Christchurch where we would go our own ways and travel before heading back stateside. As for me, I was embarking on a month in Cambodia!